When Jane, 41, Brisbane, was only nine years old she began exhibiting disordered eating behaviours, following a traumatic event she experienced in her childhood.

Six years later at the age of 15, Jane had lost a substantial amount of weight, so her mum took her to the GP where she was diagnosed with both anorexia nervosa and bulimia nervosa.

Jane recounts that for most of her life, she lived in denial about her diagnosis and as a result, received treatment intermittently over the years, delaying her journey to recovery.

Now recovered, Jane is passionate about sharing her story to encourage others who may be experiencing an eating disorder to seek immediate help and support. In sharing her story, she hopes others to support others so they know they are not alone on their journey.

This is Jane’s story.

Jane’s eating disorders affected almost every aspect of her life, robbing her off her childhood, teenage and early adult years.

“All the secrecy and lies consumed my every thought.  Living with my eating disorder was not living at all, I was dead inside and it is only now that I am recovered, I can truly understand this.

“I shut off from friends and family and was unable to have authentic relationships. I wasn’t able to realise my full potential for decades,” said Jane.

Following years of weekly and even sometimes bi-weekly therapy, including CBTE (enhanced cognitive behaviour therapy) Jane has now recovered. She still sees her therapist when required however, has only had to make one appointment over the past year. While recovering Jane sought the advice of nutritionists and dieticians and was actively involved in the Eating Disorders Queensland Mentoring program, which partnered mentees with mentors who have recovered from an eating issue.

Jane has chosen to participate in the Eating Disorders Genetics Initiative (EDGI) – the world’s largest genetic investigation of eating disorders ever performed. The study is aiming to identify the hundreds of genes that influence a person’s risk of developing anorexia nervosa, bulimia nervosa and binge-eating disorder to improve treatment, and ultimately, save lives. She is hoping her contribution will help others living with, or predisposed to developing eating disorders.

“Without doubt I believe genetics, along with other factors, contribute to the prevalence of eating disorders.

“I think it is fantastic that eating disorders are finally getting the attention they deserve. I want there to be a greater understanding of these complex and insidious illnesses, to improve diagnosis, treatment, and management of eating disorders,” Jane said.

“Don’t leave it for decades like I did. It can be a long and windy road but the quicker you take the first step to recovery the sooner you can live your best life, without being consumed by your eating disorder.

“Importantly, get off social media and stop following any accounts that don’t make you feel good about yourself. It is important to surround yourself with body positive people,” said Jane. 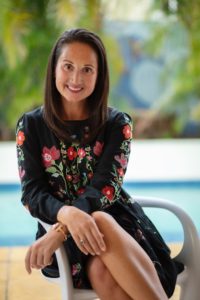