Hijacked Without Warning – Searching for signs of impending anorexia nervosa. 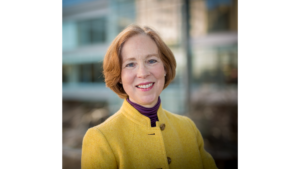 Being fairly long-in-the-tooth in the eating disorders field, I have spent many hours looking at pictures and videos shared with me, or posted by parents and family members who have lost a loved one to an eating disorder. The images capture the stark comparison of who they were before their illness and who they became during their illness. I desperately search for clues or warning signs that they are at risk.

Something in their eyes? Source: skitterphoto/pexels

I remember when this paper came out in the ’90s. The authors recruited participants to watch home movies of families in which one sibling later developed schizophrenia. It was a small study, but the viewers were able to reliably identify the siblings who were to go on to develop the severe psychiatric illness from films taken in the first five years of their lives. Subsequent studies with larger samples and more sophisticated methods revealed measurable neuromotor and social differences in what they termed the “pre-schizophrenic” children (Walker et al., 1994; Schiffman et al., 2004). Dr. Elaine Walker has gone on to a stellar career exploring precursors and neurodevelopmental aspects of psychopathology, especially schizophrenia. With schizophrenia, there were warning signs.

Similar work on childhood home movies in autism revealed early indicators of that condition such as reduced response to their name being mentioned and reduced frequency of looking at other people’s faces that were visible as early as 8-10 months. By year two, in home movies, children who later developed autism showed lower frequencies of sharing experiences, interests, or attention with others (Palomo et al., 2006). With autism too, there are very early warning signs.

To my knowledge, similar studies on anorexia nervosa have not been done, so I am speaking from my own experience watching videos and looking at pictures of youth who have later died from anorexia. I look at their eyes, their smiles, their expressions, to see if there is anything I can see that would presage that anorexia nervosa would take their lives. Before their illness, they are lively, radiant, vibrant. They look like great children, siblings, and friends. They are hugging their moms and dads, going to prom, cuddling with their pets, doing normal kid things. I can’t see it. Nothing stands out to presage that their brains are going to be hijacked by anorexia nervosa. I can’t see warning signs that they are going to get so trapped in anorexia hell that they will become pale reflections of their former selves, and be taken from this world far too soon.

From decades of working with people with this illness and their families, I know that what they see in the mirror is not what we see when we look at them. I know that what we see is a mask, a front, a disguise, just what they choose to present to the world. But I keep thinking that I should be able to see something in their eyes, a clue to the inner turmoil. But I can’t see it.

I spend my life studying these illnesses, but today my heart just goes out to everyone who has ever lost a loved one to an eating disorder. I promise that we will keep doing what we can to understand these hideous diseases and to save lives.

Hijacked Without Warning – Searching for signs of impending anorexia nervosa.